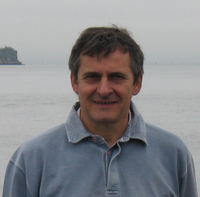 He joined INRA (Institut National de la Recherche Agronomique) in 1987 as a research scientist in the newly created computer science department of INRA. he was the director of the laboratory Unité de Biométrie et Intelligence Artificielle from October 2006 to the end of 2010.